Game-Changing Payments Are Speeding Into View 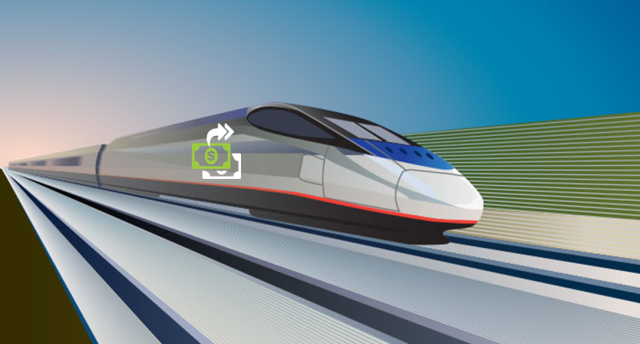 Big changes are happening in payments these days. Two are game changers: Blockchain for B2B payments and the RTP network for P2P payments. Both involve newer, faster rails for money movement.

For years the payment card ecosystem in the United States has been fine-tuning its technology so that consumers can quickly pay merchants, banks and processors. Businesses, on the other hand, have had clunky tools for paying each other (especially across borders). And consumers had few ways to quickly swap digital payments. Now those lagging systems are catching up thanks to new money movement rails.

Coindesk.com describes the B2B innovations like so, “Visa has rolled out the first, pilot phase of its blockchain-based business-to-business payments service, B2B Connect…Visa plans to use the platform to (streamline) cross-border payments by facilitating direct payments between institutions.” PYMNTS.com adds, “Visa’s solution uses distributed ledger technology that leverages Visa’s existing global network of issuers to create private, permissioned networks that digitize the assets issued by members of that network.” In other words, shared secure real-time cloud banking will soon be available to businesses globally. Adios paper checks.

At the same time, new real-time money movement networks are emerging for Person-to-Person (P2P) payments. The Clearing House, a business founded in 1974 primarily to process checks between institutions, never really broke the overnight speed barrier. Now, as PYMTS.com reports, “RTP, the name for a new “Real-Time Payments” system set up by The Clearing House…is up and running.” ACI Worldwide and the Zelle Network has also recently tested a real-time P2P solution, and Apple has a slick new P2P payment feature in iOS 11. Now money can move between people (via their banks) in mere seconds. You can get paid back for that pizza.

Clearly the U.S. is catching up the world, which has decades of experience with cross-border and P2P money movement. All this gives businesses and consumers more payment choices – rather than keeping all the options in the control of institutions who’d rather hold money overnight. For the time being, money will still move along rails controlled by card issuers, processors and other intermediaries, but at least it will happen much faster. Plus, with all the changes speeding into view, one can now see a future where traditional card networks and their many hangers-on are disintermediated. Imagine paying quickly and efficiently without interchange fees flying in every direction! New high-speed rails are making it happen.